Releases October 31, 2019
An animated version of Charles Addams' series of cartoons about a peculiar, ghoulish family.

Matt Lieberman (screenplay by), Charles Addams (based on characters created by) | 3 more credits »

Get a look at the action from the star-studded panels and check out the incredible cosplay from this year's fest. For more, check out our coverage of New York Comic Con.

Trace the Evolution of The Addams Family 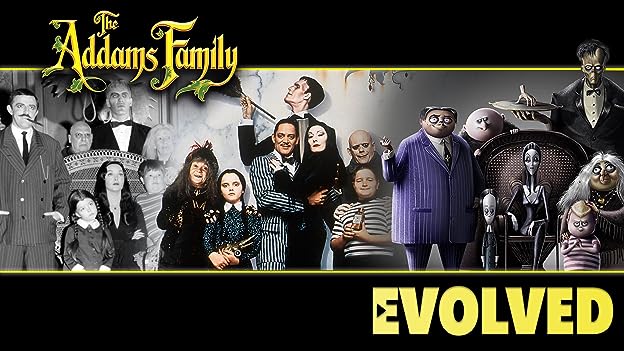 They're creepy, and they're kooky, and they've been entertaining us since 1938. Let's see how our favorite family of misfits went from a cartoon to the new animated film The Addams Family.

The misadventures of a blissfully macabre but extremely loving family.

The Addams Family goes on a search for their relatives.

Gomez and Morticia Addams, along with their children Wednesday and Pugsley, are just an ordinary American family facing the challenges of ordinary American life, with a few monsters, ghosts... See full summary »

Next »
Maleficent: Mistress of Evil (2019)
Certificate: IIA Adventure | Family | Fantasy
Not yet released

Maleficent and her goddaughter Aurora begin to question the complex family ties that bind them as they are pulled in different directions by impending nuptials, unexpected allies, and dark new forces at play.

A magical Yeti must return to his family.

Next »
Scoob (2020)
Animation | Adventure | Comedy
Not yet released

Feature-length animated film based on the popular "Scooby-Doo" cartoon.

Next »
Frozen II (2019)
Animation | Adventure | Comedy
Not yet released

Anna, Elsa, Kristoff, Olaf and Sven leave Arendelle to travel to an ancient, autumn-bound forest of an enchanted land. They set out to find the origin of Elsa's powers in order to save their kingdom.

Next »
Onward (2020)
Animation | Adventure | Comedy
Not yet released

Set in a suburban fantasy world, two teenage elf brothers embark on a quest to discover if there is still magic out there.

Next »
Artemis Fowl (2020)
Adventure | Family | Fantasy
Not yet released

Artemis Fowl II, a young Irish criminal mastermind, kidnaps the fairy LEPrecon officer Holly Short for ransom to fund the search for his missing father in order to restore the family fortune.

A physician discovers that he can talk to animals.

Next »
Spies in Disguise (2019)
Animation | Action | Adventure
Not yet released

When the world's best spy is turned into a pigeon, he must rely on his nerdy tech officer to save the world.

An animated version of Charles Addams' series of cartoons about a peculiar, ghoulish family.

Rated PG for macabre and suggestive humor, and some action. | See all certifications »

In the movie, the family moves to Westfield, New Jersey, where their creator Charles Addams grew up. See more »

[Pugsley drinks from a dog bowl]
Morticia Addams: Pugsley, don't drink it all. This gentleman wants some too.
See more »

The MGM logo lion is replaced with Kitty Kat the lion, who sees a red ball and jumps out to play with it. See more »

This FAQ is empty. Add the first question.
Getting Started | Contributor Zone »

Enjoy a night in with these popular movies available to stream now with Prime Video.